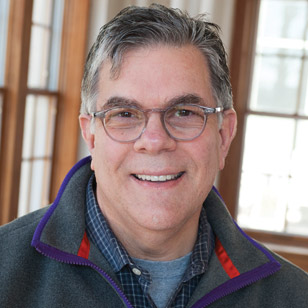 Marty is Professor Emeritus of Informatics and Instructional Systems Technology. Beginning in 2001, he served in many administrative positions, including the founding Director of the Human-Computer Interaction Design (HCI/d) Master's Program, Associate Dean of Graduate Studies and Research, the Executive Associate Dean of the School, the Director of Graduate Studies in Informatics, and the first Chair of the Informatics Department.

From 1991-1999 he was the Director of Research and Development at the Center for Excellence in Education. In this context, he founded Indiana University’s first start-up company, WisdomTools (founded in 1999 and sold in December 2008). The company focused on developing “next-generation” learning tools designed to create deep, insightful learning. Marty is an early pioneer in online learning, beginning with his work in the 1970s and 1980s on the PLATO system (see Brian Dear's book, The Friendly Orange Glow). From 1973 at the University of Illinois, he was a professor in the  Educational Psychology Department and the Graduate School for Library and Information Science. Additionally, he was the Assistant Director of the Computer-based Education Research Laboratory (CERL) and Head of the Curriculum and Applications Group. In 1988, he was Microsoft’s first Faculty Fellow.

Before coming to Indiana University in 1991, Marty served as Director of Professional Services at Authorware (which became Macromedia and is now a part of Adobe). At Indiana University, Marty’s research focused on designing digital learning environments, slow change interaction design, and design pedagogy. He co-directed with Erik Stolterman, a National Science Foundation grant on design methods (NSF Project #1115532). Over the course of his career, Marty was the PI or Co-PI of grants and contracts totaling in excess of $10.6 million.

In retirement, Marty is writing a book (co-authored with Matt Snyder), tentatively titled, The Game: How Business, Engineering, and Design Come Together to Build Great Products. He hopes to host a podcast on this topic and continue consulting for companies and higher education institutions interested in developing undergraduate and graduate programs in UX design education.