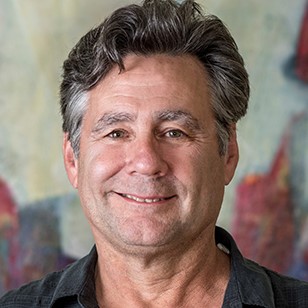 Dr. Martinez studies the structure and function of whole ecosystems by developing and empirically testing basic and applied theory about complex networks in general and ecological networks in specific including food webs and pollination networks. Neo is an international leader in network, computational, ecological, and interdisciplinary science. His lab’s research integrates biology, math, computer science, economics, and anthropology and his lab’s network visualizations have become widely recognized icons of ecological complexity. Neo received his B.S. in Ecology and Evolution from Cornell, his M.S. in Limnology and Oceanography from the University of Wisconsin at Madison, and his interdisciplinary M.S. and Ph.D. in Energy and Resources from the University of California at Berkeley where he is an Affiliated Faculty and taught graduate coursework on ecological economics. He did his postdoctoral work at the Bodega Marine Lab of the University of California at Davis and the Centre for Population Biology of the Imperial College in the U.K. He served as a Professor at San Francisco State University and the University of Arizona, as a visiting professor of nonlinear dynamics at Cornell University, and as lecturer at the Santa Fe Institute’s Complex Systems Summer School. He also served as a senior research fellow at the National Center for Ecological Analysis and Synthesis at UC Santa Barbara as well as at the University of Potsdam in Germany. Other positions include over a decade as principle investigator at the Rocky Mountain Biological Laboratory and his elected appointment to the Board of Directors of SACNAS Advancing Hispanics/Chicanos and Native Americans in Science which is nationally recognized as the preeminent society in supporting minorities in higher education in which Professor Martinez has long been active.